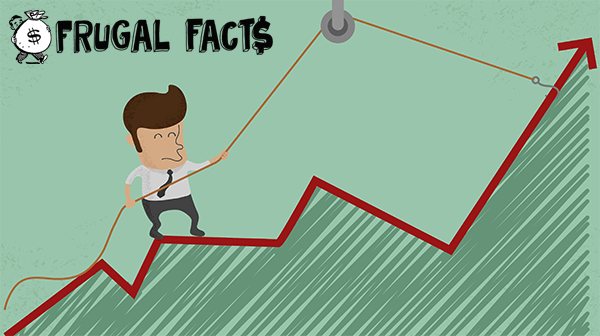 The concepts outlined here are summarized from Ray Dalio’s video “How the Economic Machine Works”. It is freely available on YouTube, however for your convenience it is embedded below.

Ray Dalio is an American businessman who runs the worlds largest hedge fund worth over $160 Billion dollars. Using the principles outlined below, he was able to predict the global financial crisis of 2008. I am sure there were other factors he used but basically, the three items below are the major forces of any economy.

In any economy, the three major forces are Productivity Growth, Short Term Debt Cycle, and Long Term Debt Cycle. Continue reading to learn more about each of these terms. 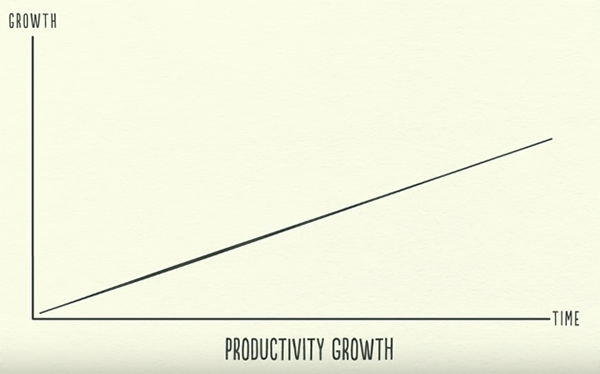 Productivity growth is a linear line that increases steadily over time. It states that the more productive you are, the more income you will earn.

In terms of the economy, the productivity growth line represents the overall productivity of the entire country. 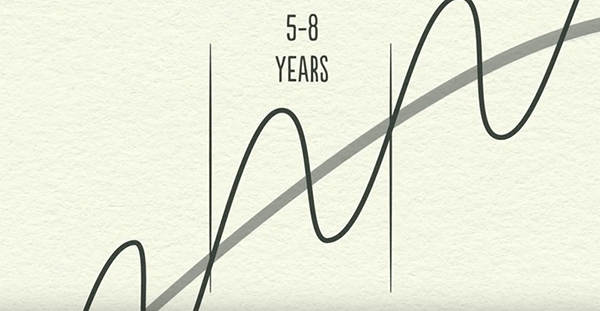 Short term debt cycles typically last 5-8 years. It is a cycle because it goes up and down.

Whenever you make a purchase for something that you cannot afford, you are spending more than you make. In order to do this, you need to use credit. Eventually that credit needs to be paid back. Therefore, you are basically borrowing money from your future self. At some point in the future, you will need to spend less then you are making in order to pay off the loan.

This goes both ways. When you take a loan, or use credit you are able to make more purchases than what your current income is.

If you are using the credit to make good purchases, you will come out ahead.

A good purchase is anything that can be used to generate additional income which you can then use to pay off the debt. An example would be a lawnmower, and tools used to start a landscaping company.

A bad purchase is anything that does not generate additional income, like a TV, or the latest video game.

In summary, the productivity growth line is slow and steady, and always wins out in the long term.

For this reason, it is important to be as productive as you possibly can. 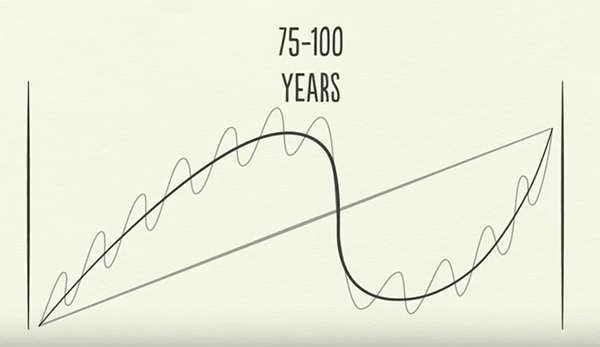 The long term debt cycle takes place over 75-100 years and is influenced by momentums caused in the Short Term Debt Cycles.

Because the Short Term Cycle continues to repeat itself over and over again, it can be hard for people to see the bigger picture. The highest point of each up point and the lowest point of each bottom, keep increasing in growth. Each time the cycle repeats, people take on more credit during the up times which leads to more debt in the down times.

It is human nature for people to borrow and spend more money instead of paying back the debts they already have. As this builds up over time, it eventually leads to a point where debts are raising faster than incomes are.

This constant increase of easily available of credit leads to buying bubbles in markets. People keep getting credit to make purchases, which leads to higher prices overall. People then get more credit to pay the higher prices, and the cycle repeats until the bubble bursts. The point just before a bubble bursts is referred to as the “Long Term Debt Peak”.

Whenever a bubble bursts, people stop spending, which results in assets losing value. When people’s assets lose value, they are no longer credit worthy meaning they cannot borrow. They are now stuck with high debt, and assets that have lost their value. Everything is in a free fall, and it all compounds. This is called a “Deleveraging”. 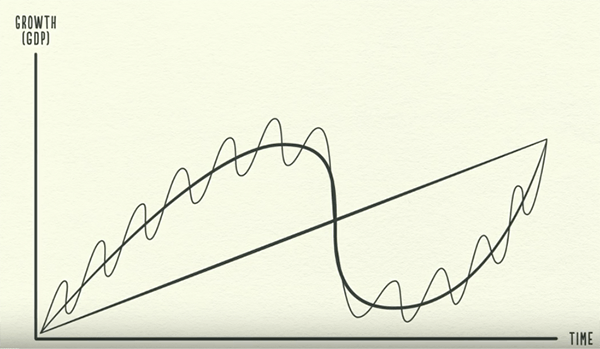 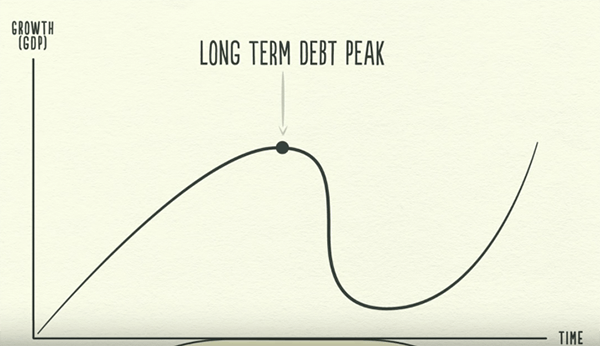 Cycles of Economic Systems – How to Forecast a Recession